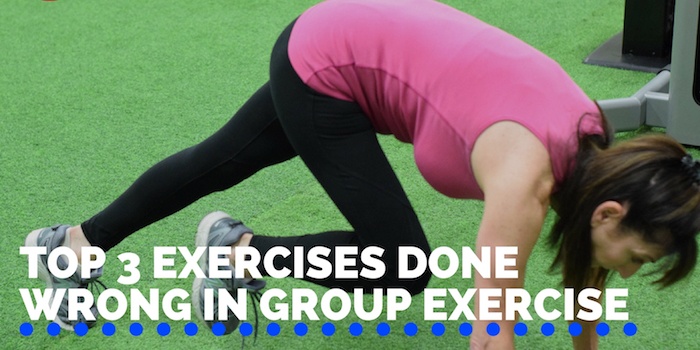 I’m going to preface this blog post by stating that I have and still do teach group exercise, and that I believe group exercise can be great for all fitness levels (Yes, ALL lifters!). With that out of the way, the following three exercises are the top exercises that I believe are performed incorrectly in group exercise. This could be a combination of the experience of the instructor, but also the fact that there are often packed classes and not every participant is instructed to fix their form. It doesn’t mean group exercise is bad, but optimizing movement will increase muscle development and prevent injury due to poor mechanics.

As many fitness professionals already know, during the initial months of an exercise program are when novice exercisers are going through neuromuscular adaptations and also cognitive changes. When starting an exercise program, one of the worst events that can happen is an injury. An injury can not only deter the exerciser from creating positive habits, but also change their outlook on the type of movement they performed. For example, a knee injury might deter an exerciser from performing squats, which in reality is one of the best ways to strengthen the lower extremities and is a part of many exercise programs. While more and more group exercise programs are including modifications, the time showing modifications deters from the overall class experience.

Please feel free to leave your thoughts in the comment section and add exercises that you think are undervalued or performed poorly.

In my opinion, the straight-leg deadlift is one of the fundamental movements to building a strong posterior chain. Being able to hold the bend-over position efficiently allows the exerciser to perform bent-over rows, tricep kickbacks and can be eventually progressed to a deadlift. Due to it’s hip dominant nature, the straight-leg deadlifts is also one of the best exercises to add to a hamstring injury-prevention routine (Bourne et al., 2017).

Getting group exercise participants to buy into this exercise is often the hardest due to the belief that it will “hurt their back,” but this movement can build core strength to prevent a back injury. Another common barrier to this exercise is that individuals are very “squat dominant” and mechanically cannot figure out how to “hinge” or “fold” from their hips. Too often we find exercisers squatting into this movement and loading the quadriceps instead of the hamstrings. 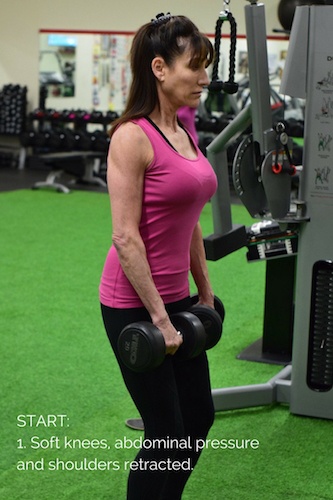 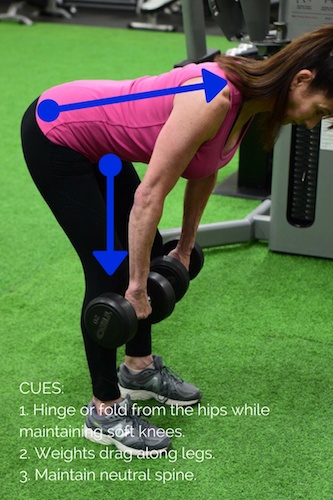 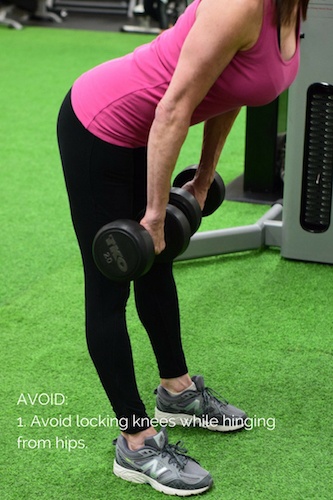 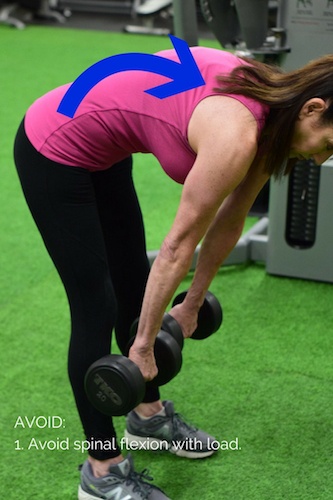 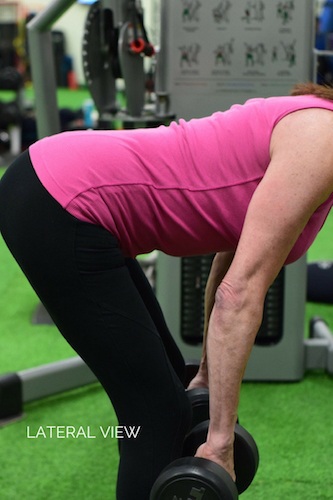 I think the kettlebell swing could be the exercise that discredits group exercise in the eyes of extreme exercisers. In my opinion, the debate lies in how many individuals perform a squat-swing and eliminate the “purpose” developed by kettlebell purist. By squatting and then essentially doing a front raise, the motion is altered and thus the purpose. Kettlebell purists teach the kettlebell swing as a hip hinge that loads the posterior chain, and helps strengthen the core and hip musculature. Other benefits of kettlebell swings include high amounts of hamstring activity in high degrees of hip flexion, peak gluteal activation at near hip extension, and with moderate loads this movement produces a similar power output to jump squats (Beardsley & Contreras, 2014). In this form of the exercise, using the momentum of the kettlebell and also the hip motion explained above are important aspects of the movement. While there are varying schools of thought on how to “finish” a kettlebell swing (knee lock-out or not), both can agree that this form of the exercise is great for the hips, low back musculature and hamstrings.

Kettlebells have also become a big part of commercial fitness. Due to their shape, kettlebells can be used in a similar fashion to dumbbells to perform presses (chest or shoulder), farmers walks, squats or deadlifts. Kettlebells are also great in mobility work with halos or additional weight during a cossaks squat. 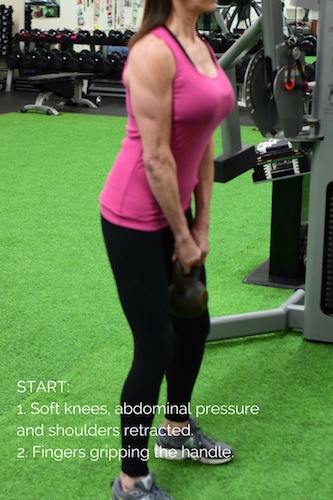 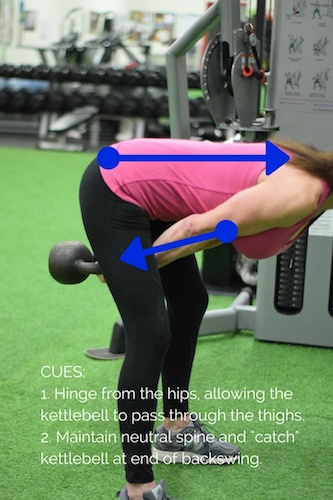 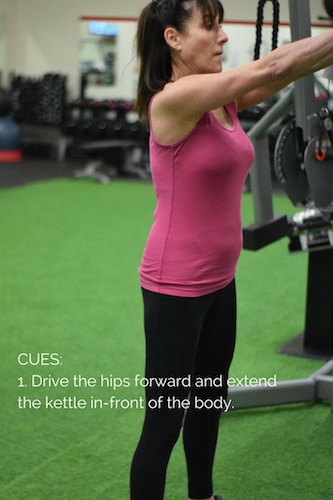 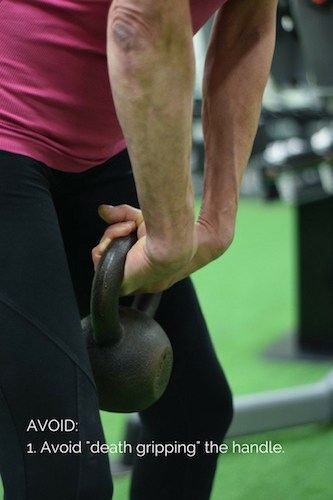 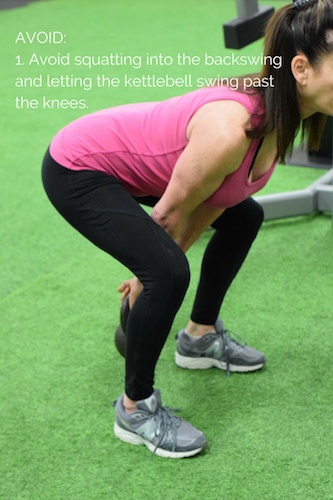 While fundamentally a participant should be able to hold a plank before performing a mountain climber, group exercise is not about program progression or individualization. There is nothing wrong with that, but it’s important that group participants understand the cues of this exercise. In my professional opinion, mountain climbers are one of the exercises most affected by the “no pain no gain” mindset that forces some group participants to exercise as hard as they can without regard to technique. When fatigue sets in, participants lose abdominal pressure and quickly go into spinal flexion. Now adding in the dynamic pounding from the lower extremities, and you have a quick route to lower back pain. Shimamura et al. (2015) stated “faulty movement patterns can further perpetuate irritation to the surrounding tissues of the hip and low back which can occur with increased frequency of accessory and physiologic movements seen with poor lumbo-pelvic control” (pp. 2). Stressing the importance of each cue during the mountain climber can not only help strengthen the “core,” but also have compounding effects which benefit each class participant. 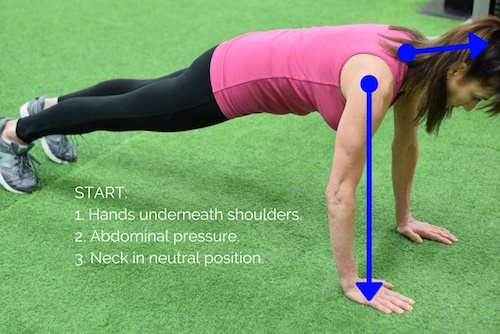 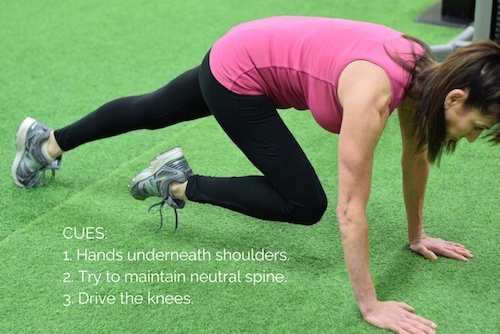 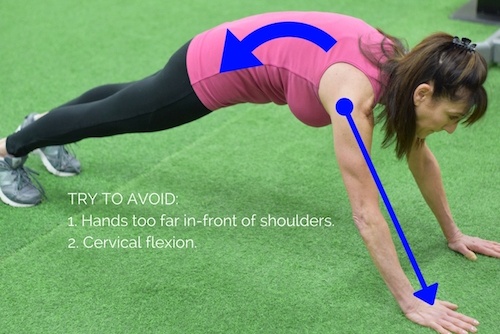 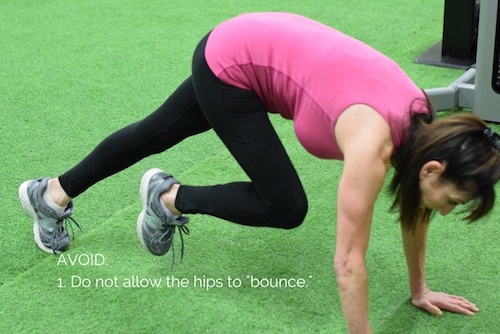 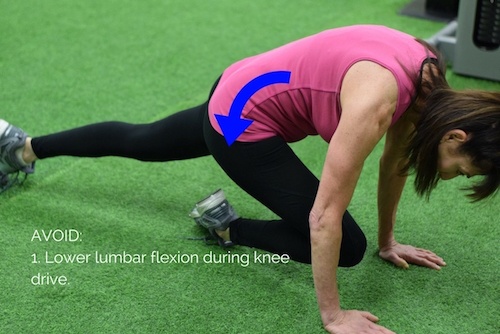 As mentioned in the introduction, group exercise is great! It’s cost-effective and promotes healthy behaviors to individuals wanting to improve their fitness level. As of late 2017 there are no set accreditation standards for group exercise education, and therefore much of the entry requirements fall upon the gym doing the hiring. There is only one direction (up) that group exercise is going and with time, group exercise practices and formats will become more technical and efficient. 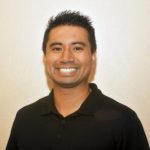 Tyler Valencia is the President of KIPS. While working for a Southern California online education company he started his first business, Time 2 Train Fitness which specialized in bootcamp and personal training. Time 2 Train Fitness went on to receive the distinction of 3X Best Bootcamp and 2X Best Personal Trainer with the Long Beach Press Telegram. Before founding KIPS, Tyler was the Vice President of the National Council for Certified Personal Trainers (NCCPT) & Smart Fitness.